Climbing the Messner route on the Second Sella Tower, Dolomites. 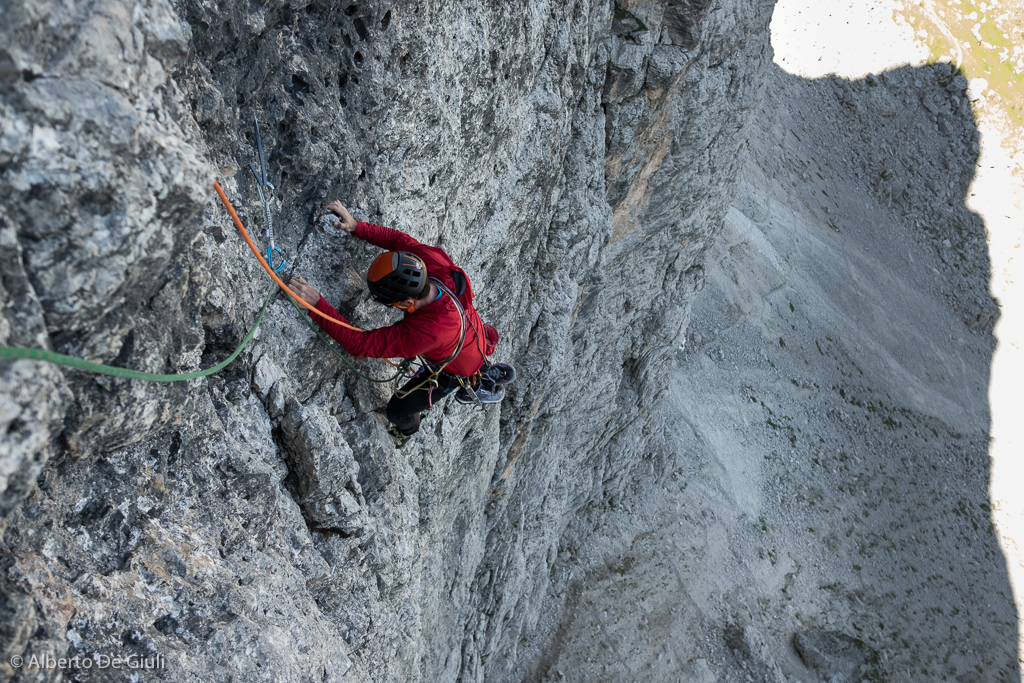 “At times, sitting under big climbing walls, I see – along the pillars and the cracks, between ledges and ridges – an imaginary line that, sinuously, invites me toward the top.

A line has appeared and I follow it with confidence.

It is not about the pride of being the first: it is the satisfaction of having followed a line as the Mountain wanted.”

If you really ask me, I don’t remember how exactly it came about. I suggested the route to Alberto mostly as a joke – without being aware of what I was asking for.
We met relatively early that morning, around 6:15 am. The weather was supposed to be unstable in the late afternoon and we needed a route not extremely long to make sure we were out of the challenging part before the thunderstorms.
Alberto said: “Let’s go to the Sella Towers – there is so much there.” I opened Bernardi’s rock climbing guide and flipping pages I ended up on the Gunther and Reinhold Messner north face route on the second tower of the Sella group. I gingerly said to Alberto: “How about this Messner route?” He immediately replied: “Hey, that is a really good choice. I am truly psyched about it – let’s go there!” I spent the next 15 minutes trying to talk Alberto out of his decision and cursing at myself for having suggested it. I think I tried to suggest any other possible route around it. Nothing. Alberto had already made his mind up. “We are going to check it out. If it is too hard, we will bail.” I spent the rest of the 1.5h car trip trying not to look too much at the grade of the route (VI-) and forcing myself to relax.
For most people, Messner is famous for being the first man to successfully climb all the mountains above 8,000 meters in the world (14 in total!). However, before his high-altitude adventures in the 70s and 80s, he was one of the most prolific rock climbers in the Dolomites. His routes in the region, most of which were opened in the late 60s, have all achieved legendary status. I will say that a person cannot fully appreciate the size of his achievements without attempting one of his routes.
We arrived at the Sella pass. The four Sella towers rose into the sky above the pass. Like the bastions of an imaginary castle, they defend the Sella massif from any possible intruder. It was a cold and brisk summer morning. The temperature had dropped overnight and, even though I was wearing two layers, I was still cold. A quick coffee at the local Hutte and then we started the approach. Approaching to the north face of the Second Sella Tower, the Sassolungo massif behind.

The sun on the north side of the tower was still not fully up and the light had a silver flat tone. The fact that the route was on the north side certainly increased the challenges. The rock was cold and dark. It just seemed to say: “I really don’t want you to be here, go away, go home, leave me alone.
We arrived at the base, I looked up and stared at starting dihedral and said to myself: “Gosh, that really looks hard.” I later learned that Reinhold Messner, in accounting his first ascent with his brother Gunther, said that Gunther really didn’t want to climb and was thinking about not paying out the rope to him to prevent him from climbing. As Alberto climbed the very first 10 meters, I really had the very same thoughts. “Maybe I will lock my ATC device and not pay rope anymore, I will then tell Alberto that my device is broken and force him to come down” I said to myself. But… I didn’t and, a few minutes later, Alberto yelled: “Off belay, Gio!”
It was my turn. “Keep calm, you can do this!” I approached the wall. I stuck my hand in a crack. Moved one foot up. I was one meter off the ground. “Gosh it is really harder than anticipated,” I said to myself. “I see nothing, damn nothing!”The first four moves which brought me three meters above the ground were a true slap in my face. They had been incredibly challenging – they really crushed my soul. “Will I be able to do this?”, I asked myself. I fiercely replied: “Shut up and forget about it, focus on the next move. Just focus.”
Short-breathed I arrived at the end of the first pitch. My whole body was in pain. Alberto, knowing me too well and knowing my feelings, didn’t even allow me to say a single word. He put the rope back into my ATC and started almost immediately the second pitch. He left me with this: “Gio, just remember: Messner did this with mountain boots, not climbing shoes. So, if you find yourself putting your feet on something small, you are off track. You are doing something wrong. Just remember: big boots!”
The key to the entire climb was exactly that. I started the second pitch and repeated in my head “Big boots, Gio, big boots…”. The second pitch started with an extremely delicate traverse. You cannot fall on a traverse. You must do it. I stared at the slab wall. “Everything is damn small here!” “Where are the big features?”. The silver light of the north face of the Sella tower combined with the gray/black tone of the rock and the slab configuration hid all the features extremely well. One simply needs to trust they are there. Like a leap of faith. Or like a brail exercise… I started to touch the wall, my fingers desperately hungry for something. Here. There. Still nothing. After a few attempts: “Here is one! That is big. And comfortable and secure. Let’s use it”. One step after the other and the traverse is done. With a sustained climb, I arrived at the end of the second pitch. The belay ledge was in a small wet cave. There is a picture of myself looking at Alberto starting the third pitch off that ledge. My face is a combination of total awe and fear for the situation we were in. From there, the route becomes extremely vertical to overhanging.
I looked at Alberto flying into the sky above me. I followed. My body started to adapt to the environment and, even though every move was extremely hard, I felt I was flying off too. One feature at the time. A big jug here, match hands, change feet, another big jug there. In three pitches we were off the technical part and, looking down, I asked myself: “how did I manage to do this?!” I was totally exhilarated. I completed my first Messner route. Not the hardest for sure but, still, one of his masterpieces – a beautiful canvas on the rock completed in an era where equipment was not even barely comparable to what is available to us today. The hard pitches are under our feet. Climbing the Messner route, Second Sella Tower, Dolomites.

I arrived back at the car with a different understanding of the Dolomites, the historical importance of Messner routes in modern alpinism, but mostly a different understanding of myself. For once, I did it. Messner says in one of his interviews: “Alpinism is not lack of fear. Is how you handle fear and control yourself in those situations”. I can safely say that if you arrive at that state where, even if in fear, you are able to calm down and look at the problem methodically, your body is truly capable of doing things you would never imagine.

FEW NOTES ABOUT THE ROUTE

The Messner route on the Second Sella Tower is a true masterpiece of  the freeclimbing era, and one of the most beautiful routes in the Dolomites. First opened by Reinhold and Gunther Messner in the 1968 with big boots, a bunch of pitons and few slings , it was one of the first climbs that was not following any system of cracks, chymneys (call them “weaknesses of the rock face”), without a massive use of pitons or aid climb. It just goes up a very steep rockwall, full of little holes very useful for the finger tips and feet. Originally rated VI-, due to the closed climbing grades scale, today people could find it harder, but I like to keep the original grade for historical reasons. If you don’t follow the right way, you may encounter much higher difficulties, expecially on the second pitch. All the useful protections (slings / pitons) are already there, you find pitons on the belays but I recommend to add few more pieces here and there. It’s a relatively short climbing route, which could be combined with another route in the same day (eg.  the Vinatzer Riffesser on the Piz Ciavazes), but I would definitely not underestimate it. You can check the route topo here in the gallery. 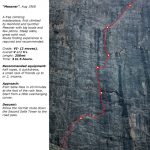 The topo of the Messner on Second Sella Tower. 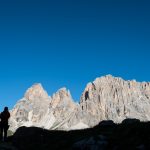 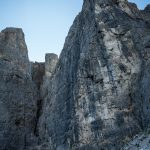 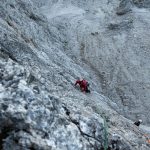 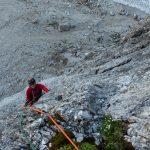 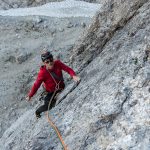 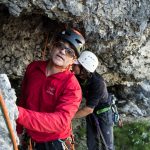 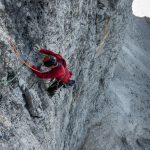 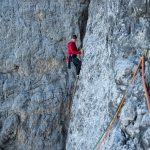 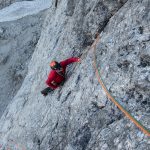 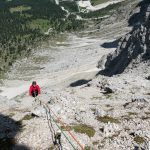 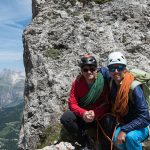 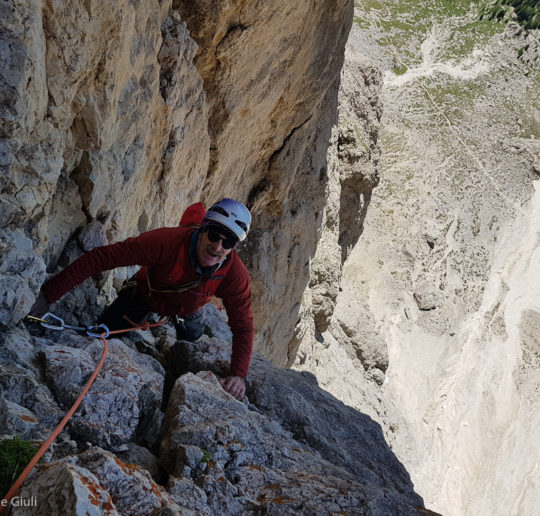 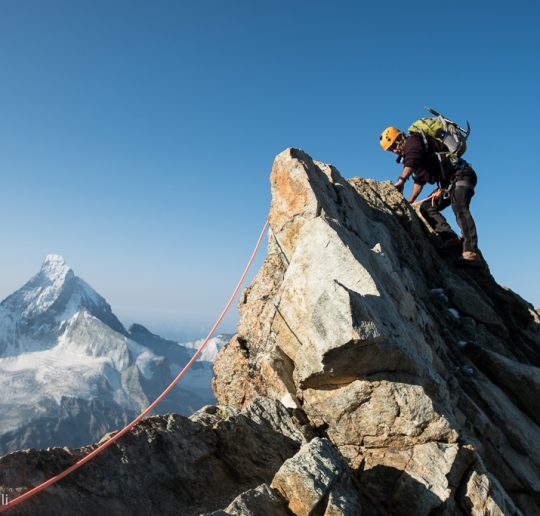 Climbing on the Grignetta, Egg route on the Riffelhorn and the traverse of the Obergabelhorn via the Arbengrat. 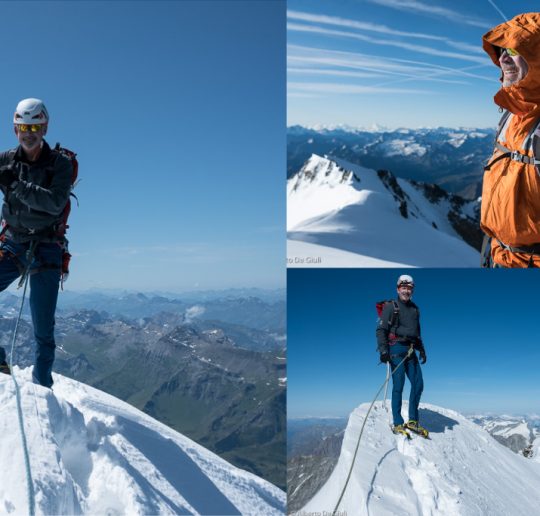 Climbing Mont Blanc, Matterhorn and Eiger in 5 days. Is it a Mission Impossible?